For highlights of the Trilateral Island Initiative, please see the following Annual Reports:

The Trilateral Committee Endorses the Conservation and Restoration of the Insular Ecosystems of Mexico, the United States of America and Canada 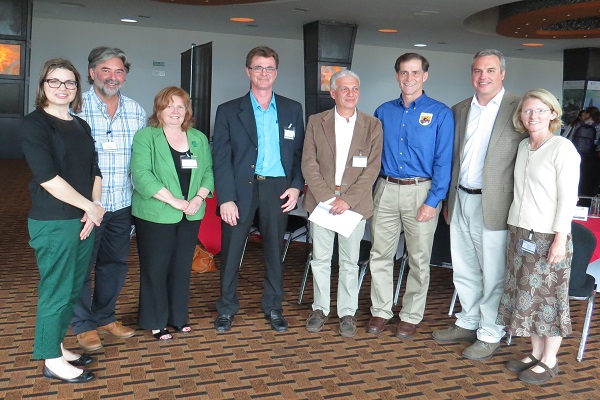 A new agreement among México, Canada and the United States to protect fragile island ecosystems and its imperiled species was signed on May 28, 2014 by the Secretaría de Medio Ambiente y Recursos Naturales, Parks Canada Agency and the U.S. Fish and Wildlife Service at a ceremony in Querétaro, México. This agreement, endorsed under the scope of the Trilateral Committee for Wildlife and Ecosystem Conservation and Management, seeks to strengthen the ongoing collaboration between México, Canada and the United States on the conservation, restoration and sustainable use of islands. Activities under this agreement include sharing expertise, technology and lessons learned, building institutional capacity, and leveraging funding and support.

The islands of North America are recognized for their exceptionally high levels of biodiversity. Unfortunately, biodiversity loss on islands occurs at an alarming rate with approximately 80 percent of known species extinctions having occurred on islands. Islands are vulnerable to threats such as climate change, invasive species, human disturbance, habitat loss, marine pollution and unsustainable practices.

For more information on this agreement, please select the following links.

The Letter of Intent in the Subject Matter of Conservation and Restoration of the Insular Ecosystems of the Mexico United States, United States of America and Canada

Some of the successful efforts currently underway include the Seabird Restoration on the Baja California Pacific Islands, Mexico Project and the SGiN Xaana Sdiihltl'lxa: Night Birds Returning Project.

Night Birds Returning, Canada - This trilateral project was jointly launched by Parks Canada and the Haida Nation in 2009 to restore nesting seabird habitat throughout the national park reserve.  In September 2013, Parks Canada led the implementation of this project in partnership with the U.S. and Mexico.  Read more . . .

Mexico: Humberto Berlanga, The National Commission for Knowledge and Use of Biodiversity (CONABIO)